One of, like, five pictures I took in Barcelona.

I’m shaking in my parent’s computer room, partially because my dad likes to pretend he lives in an arctic tundra in the middle of summer and partially because I am TERRIFIED. It’s happening. In just over 24 hours, I will be playing Tom Petty on repeat in a narrow economy seat on my way back to Barcelona.

I am so fucking glad I came home.

It almost didn’t happen. I’m not particularly proud of this story, but here it is:

I had planned to pull an all-nighter the day before I left for Minneapolis. I made it until 5:30 a.m, at which point I fell asleep in someone’s apartment in a strange part of town (A story for later. Judge me if you must). My flight was scheduled to leave at 10:15 a.m. I set my alarm for 7. It didn’t go off. I shot out of bed and reached for my phone. 8:45.

My French friend rubbed his eyes.

“Perhaps I must adopt you.”

Dirty and sweaty and piss-covered from indulging in the “pee wherever and whenever” habit, I scooped up my scattered belongings, laced up my dirty Vans, and started sprinting down the stairwell.

The Frenchman stood in the doorway, calling, “Do you have a phone number?”

“Not really, but I wrote my name on a piece of paper!”

On the walk back to his apartment from the port the night before, he had slurred, “I sink I am falling in love witchu.”

The only picture I have of the port, where I spent an unfortunately huge amount of time.

As the door shut behind me, I broke into a gallop down La Rambla. My highlighter yellow dress made for quite the public performance. I had stress-smoked a full pack of Lucky Strikes the night before and hadn’t so much as casually jogged in three years. Heavy breathing isn’t an adequate description. Heavy choking is closer. I finally crashed into a taxi, out of breath to the point that the driver laughed at me, and gave him my El Raval address.

“I’ll be five minutes. Please wait for me. Thank you, sorry, thank you.”

We made it to the airport with 30 minutes to spare.

I got through security and customs and to the gate as the last five passengers were boarding. Was it fate? Idiocy? Just life being life? I don’t know, but I smelled awful and felt terrible for the girl sitting next to me on the first flight.

Dustin met me at baggage claim. He was wearing his yellow 40s and fried chicken shirt. I was wearing my cherry dress. We had inadvertently dressed in the same clothes we were wearing when we met. We hugged. We cried. We held hands.

The niceties didn’t last. He said what he needed to say, then we sat mostly in silence, chain smoking his American Spirits.

“Do you have anything to say for yourself?”

He drove me back to Duluth as I drifted in and out of jet-lagged consciousness. We showered. I said sorrysorrysorrysorry. He made egg sandwiches with sour-tasting bread and eggs we bought before I left.

“Have you gone grocery shopping?”

“No. I haven’t really been eating.”

The next day, we laid in bed with the new puppy and my cat.

He asked, “can we just pretend we’re a family for a while?”

I buried my face in his chest. I’msofuckingsorry. Clover was nestled between us, her nose against Dustin’s neck.

Since solidifying the breakup and leaving Duluth, the Borderline in me has tried very hard to spark up old bad habits. I had a too-drunk night in Milwaukee. I had a too-drunk night in Chicago. I’ve had numerous one-night stands. I’ve tried on old personalities: tough Leif, sexual Leif, egotistical Leif, loud-as-fuck Leif. I still don’t know which, if any, of these personalities are real. Perhaps they have real qualities, but none of them are really “me.”

I act because I’m uncomfortable with who I am. Because I’m embarrassed by my own darkness. Because I’m afraid that if I unleash said darkness, I’ll never stop crying or screaming or leaving my body.

But I know that isn’t true. I know that crying doesn’t last forever. I know that darkness, like most things, passes. I know that the faster I run from my pain, the bigger and angrier and scarier it gets.

Awareness doesn’t always stop me from acting in ways I know will ultimately harm me. I crave immediate relief. Immediate gratification. Immediate love. I want to fall asleep warm and with arms around me. Unfortunately, that generally leads to sex, which leads to guilt, which leads to emptiness. And sex with one person has started to blend into sex with all the others. It’s getting old.

Here’s a poorly written “journal” entry I wrote in my phone on the train two days ago. It is very … vulnerable.

“I am battling with feelings of compulsive narcissism, which tends to be a front for self-doubt and self-hatred. I looked at my makeup-free face this morning and realized that I no longer feel pretty without red lipstick and eyeliner and mascara. I hate that I feel like I need to be attractive to be loved — to feel that I’m worth something.

I’m ashamed. Ashamed that I don’t have a job and that I still ask for help. I am 24 years old and feel like I’m stuck in a time warp. But who’s judging me? I mean, really, is anyone actually paying attention to this shit? That’s the true narcissism — thinking that people care enough about my life to judge me as much as I judge myself.

It’s isolating to need so much from people, to have such high expectations, to be unable to provide these things for myself.

What if my phone was turned off for a few days? What would happen if I were stuck in an empty room with all the lights off? What would I think? What would I feel? Would I ultimately come to terms with my loneliness — with all of humanity’s inherent loneliness? Or would I keep fighting and denying it?

I’m told that life is about loving people, but for so many people, that’s inextricably tied to sex. Okay, at least for me. I’m under the illusion that sex = love, even when it’s clear that me and my partner are both using each other to feel better about ourselves.

I like sex because it temporarily takes me away from myself. I live through the other person’s pleasure and the idea that said pleasure is being derived from me. That’s toxic validation. I leave myself. I leave my body. I watch his body and his face and listen to his moans. I must be doing something right. I must be worthy of something. Being decent in bed is something, right? It’s enough, right? Even if I’m not exactly me and not exactly present?

Don’t worry, I’m not fooling myself. I know it’s nothing. It’s all nothing.

I have felt like no one in particular, except in those moments when I allow someone else to define me.

Writing is the one thread. Writing is my one truth. This is my voice. This is my heart. There are truths in the other parts of myself — in the hyperactivity, the crassness, the loudness, the strangeness — but this is my core. This is what’s left when you pull away the rage and the forced smiles and the many forms of overcompensation.

I want to punch shit. I want to scream. I want to have the answer and to feel whole and strong, but I’m writing in circles.

The truth is inside me. It’s covered in clutter and memories and failed fronts, but it’s there. I have to reach for it and accept it and sit through the fear and loneliness. Will I? Will I be strong? I want to say yes and believe it, but so many parts of me are still weak.”

Last night, I charged my old computer for the first time in months. Without questioning the urge, I opened iPhoto and started working my way back. I am going to share some of these pictures with you to prove that people can change. That I have changed. That though I’m not perfect today, I’ve come a long fucking way. These photos disgust me in so many ways, but I was hurting and doing the best I could to survive. I have been so many different people. Today, I am closer to my “true” self than I’ve ever been.

Summer 2012: Accidental heroin. Absolute insanity. This is the part of my life that still makes me wonder if there’s a God. Realistically speaking, I should have died.

In three months, I went from this:

(This is the most disturbing picture of me in existence. It was taken on the night I “accidentally” did heroin after not sleeping for 48 hours. The lowest of my lows.)

Late 2012: A relapse that I documented. Hair dye and a fucking horrible haircut resulting from too much bleach. Krav maga. Treatment. 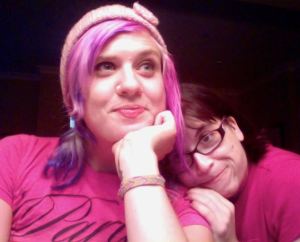 In treatment, pre-relapse. The girl next to me is Avi, who hung herself the day after I relapsed. She is alive, but barely.

I documented my relapse, which took place at the treatment center. I still don’t know why I took these photos.

Hungover and exhausted at Krav Maga.

2013: Sobriety, my first decent boyfriend, a bad mohawk, chubbiness, my first few months with City Pages, and too much eyeliner. More self-hatred veiled as narcissism.

Back to sobriety — probably three months in.

And, for the sake of comparison, here I am today: 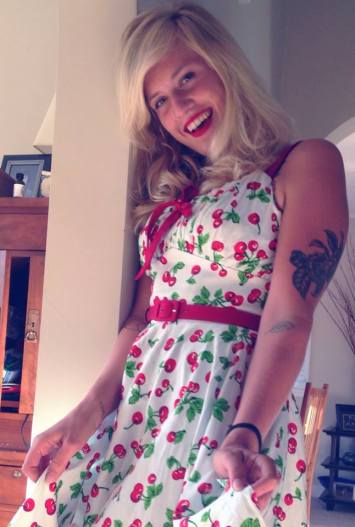 I don’t want to die anymore. The thought of death was once my sole source of solace. Now it scares me more than anything. I am thrilled to be alive. I am thrilled to make mistakes because they’re proof that I am alive and trying desperately to keep it that way. I am thrilled to have the opportunity to grow and change and to maybe, someday, help people who can/could relate.

I fucking love all of you. I’ll holler back when I land in Spain. I’m gonna be okay, I swear.

2 thoughts on “My last day in the USA: Some photos, a journal entry, and a story.”