Last week, I published an article on xoJane that got a hell of a lot more attention than I expected. The story was about my decision to beat up my rapist.

Natasha writes about women’s issues. She has 11,000 Twitter followers. And she publicly suggested that my story was a lie.

This kept me up late last night, so I decided to write her an email this morning. I didn’t plan to publish it on my blog, but her response to my email was… well, you’ll see.

My name is Emily Eveland. I’m the girl who wrote the article about beating up my rapist. I’m also the girl you humiliated in front of your 11,000 followers when you said you were “90 percent sure” my story was fake.

I removed my initial comments regarding your tweets because my intent is not to start an Internet battle with you. My true intent is to tell you that there is a woman on the other end of that article who was extremely hurt by your public accusation.

What frustrates me more than anything is that you write for Broadly, the Vice channel for WOMEN. Do you realize that you just contributed to the culture of silence around rape by telling 11,000 people that my story was made up? Do you know how awful that feels?

I understand your beef with xoJane. They’ve shown and continue to show incredibly bad judgment in publishing certain articles. But I am not Amanda Lauren. I am not a click bait queen. I am not a “deranged woman.” I am a strong woman. I am a prostitution and multiple rape survivor.

Every publication makes mistakes. I should know — I worked for Voice Media. And you should know, too, as someone who works for Vice.

From Gawker: “It also demands that we call Vice what it really is: an ever-expanding machine for selling counterculture cool to the world’s largest and most mainstream corporations . . .  but Vice stands out for its twin passions of wrapping itself in antiestablishment symbols and simultaneously hustling harder than anyone to become part of the establishment.”

But each of these publications has featured its fair share of amazing stories by amazing writers. It’s unfair to make sweeping generalizations about the whole on the basis of a few.

To be transparent, when I pitched my article to xoJane, I was unaware of their problematic publishing history. All I knew was that I had recently been molested and that I wanted my past story of empowerment to be heard. I knew that xoJane published first-person stories, so I sent it to them. If I knew they were going to publish Lauren’s story a few days after mine, I would have hightailed it.

“2. Working for women’s sites for the past 2 yrs I can tell you that our submission box is a firehose of insanity, neurosis and pure dumbness.”

The language used in your above tweet is harmful to women. I’m sorry if people like me don’t fit your standards of sanity and intelligence. Maybe it’s a result of long-term PTSD. Or maybe it’s because I’ve spent the last 20+ years feeling silenced by borderline bullies like yourself.

I don’t think you’re a bad person. I’ve seen some of your stories and I can appreciate what you do, but your words had a serious impact on me.

Also, yo, Vice writes about (and borderline brags about) engaging in illegal activities all the time. You’re seriously going to get on my case for beating up a man who raped me while I was sleeping? Damn. Well, just so you know, the statute of limitations was up last November.

It’s humiliating to have to send the following photos to you, but no more humiliating than having my story denounced as a lie by a semi-public figure. Here you go:

(There was a picture of me holding my ID above my tattoo and a picture of my journal entry from after being raped inserted here.) 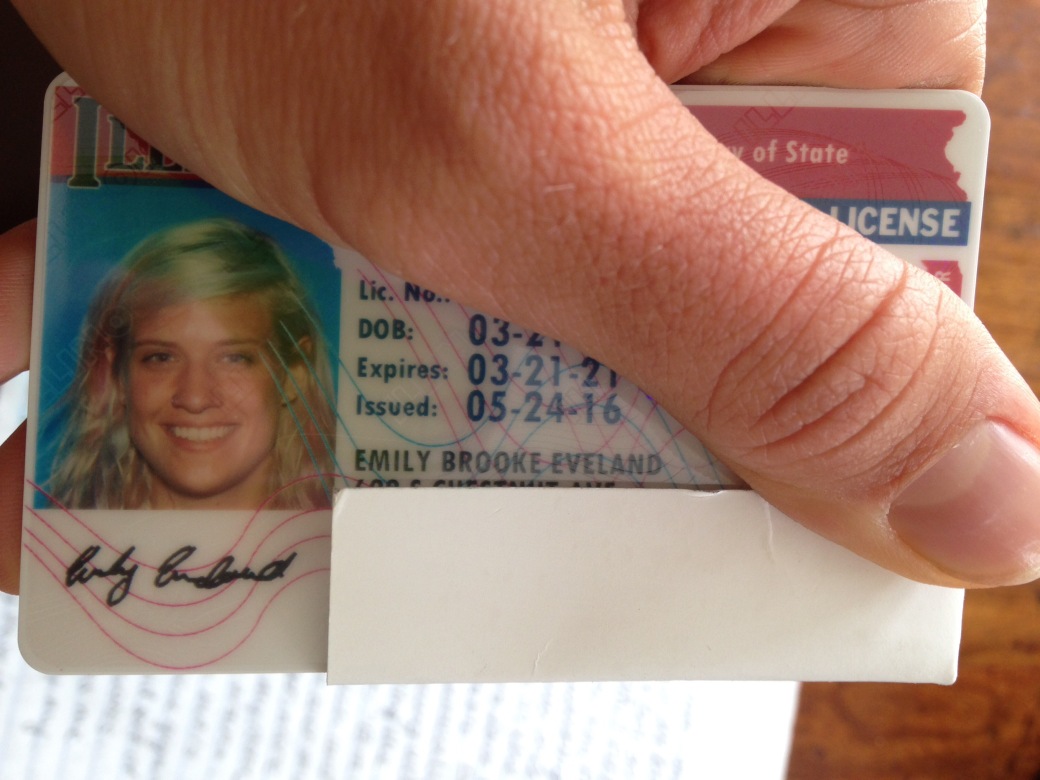 I wish you well, Natasha.

(and my embarrassing typos)

Bleeding on the Battlefield

I know I’m supposed to take the high road and not let the haters get me down, but it’s hard sometimes, especially when I’m living alone in the suburbs without an in-person support system.

I feel like an idiot for letting people get under my skin in the first place, but I’m a human being with real human emotions. I may seem strong (and I know I am, to an extent), but I’m also extraordinarily sensitive. People’s words hurt, even when I know they’re trolling me and their backwards opinions shouldn’t matter.

You may be thinking, “Hey, you put your name on the article — you basically asked for this.”

But doesn’t that response remind you of something? To me, it sounds a lot like, “Hey, you agreed to hang out with him, so you basically asked for him to rape you.”

Here’s the thing: hundreds of people already think I’m lying. How much higher would that number be if I had concealed my identity?

Oh, right, because it makes you uncomfortable and your comfort level should be my priority.

Fuck that. Just because my reality is different from yours does not mean that it’s wrong, bad, or open for judgment.

I understand that the Internet is a blind battlefield and that engaging with keyboard warriors is a dangerous idea, but I’m already wounded and bleeding.

I guess I’ll keep shooting from the trenches until the medics arrive.

For all the bullshit that’s come my way, there’s been an equal amount of beautiful responses that make me feel strong and increasingly capable of doing this work. I fucking love you guys so, so, so much. I offer you infinite thanks for standing by my side.

My current mantra: “Say goodbye to the hater, errbody wave.”